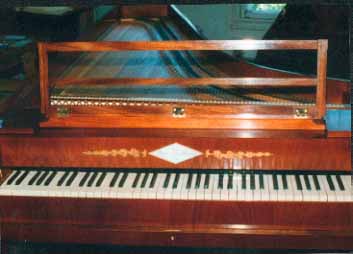 This instrument is based on the 1816 Nannette Streicher piano in the Yale Collection of Musical Instruments. The compass is CC to f4; it is double strung in brass from CC to BBflat, and triple strung in reproduction iron (mild steel) wire from BB to f4. All wire is made by Malcolm Rose.

The instrument is available with four pedals, the original disposition of the Yale piano: damping, moderator, bassoon, and una corda (the pedal can be depressed part way for a due corde, or eased on or off for a swell or diminuendo); it may also be had with five pedals, as the Yale instrument now has, having the una corda and due corde on separate pedals. Available veneered in mahogany like the original, walnut, or blonde maple. The sturdy music desk and pedal are in matching solid wood. Gilt nameboard mounts are cast from the originals. Length 96 1/2" (245 cm), width 49" (124.5cm). An over-soundboard is available for this instrument.

The tonal ideals for Viennese pianos of the period 1810 to 1825 circle about brilliance, lightness and clarity, and mainly about tone color. There is variety of color from bass to treble and from one of the possible pedal effects, or combinations, to another. This piano has a typical array of stops: damping (raising the dampers not only to produce after-ring and blending but also for an increase in volume); moderator (a strip ofcloth is inserted between the hammers and the strings for a velvet effect); bassoon (A roll of parchment covered with silk is lowered onto the bass strings giving a buzzing reed or snare-drum effect. The bassoon is coupled to the moderator. (The moderator can play alone, but the bassoon always engages the moderator.) This softens and makes musically more useful what otherwise might be simply an amusing sound effect. This coupling was the custom on Streicher instruments and many others. The final pedal effect is the very ethereal una corda. The music of Schubert and Beethoven and their contemporaries comes alive with tonal contrast and color. 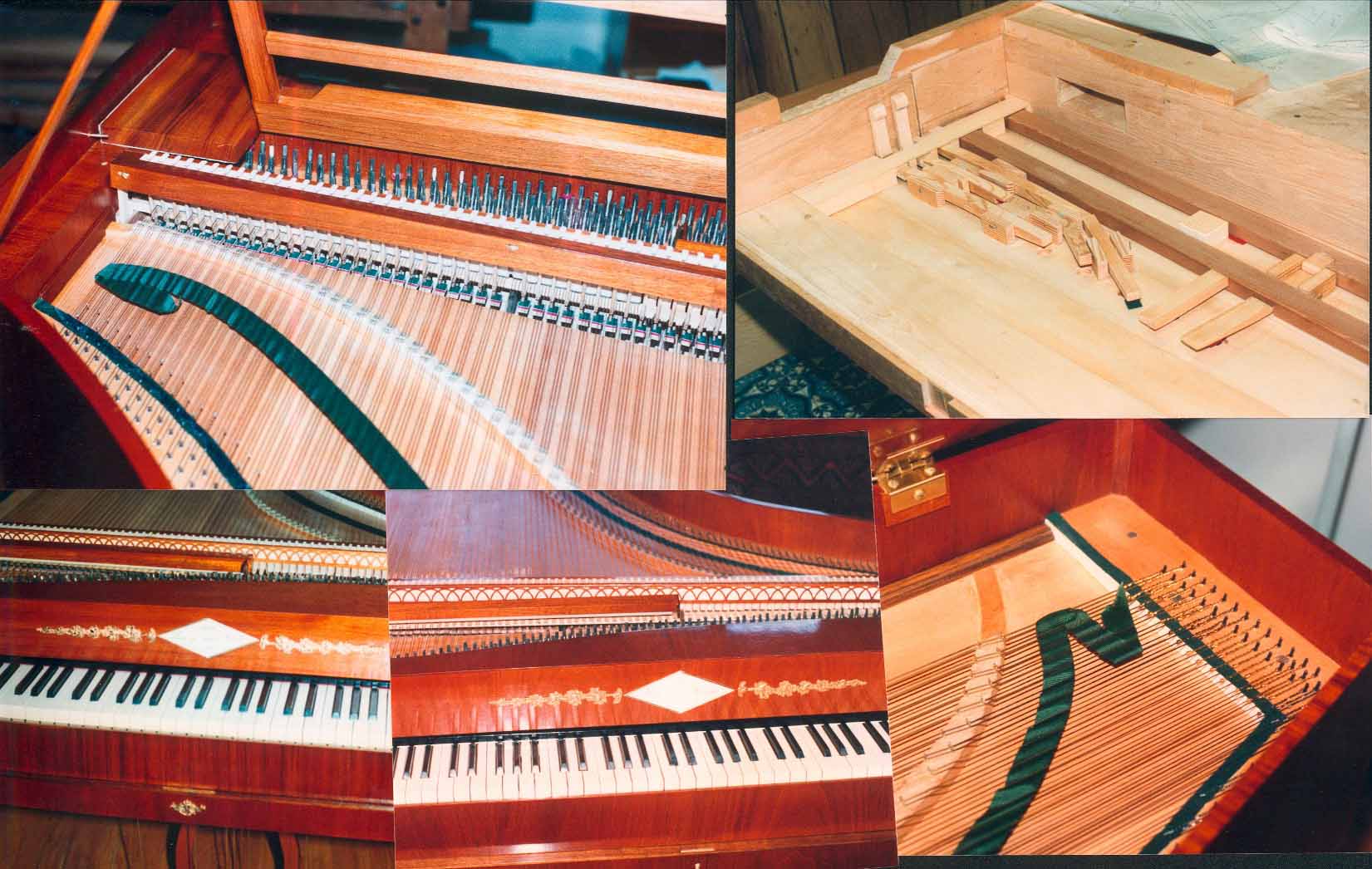 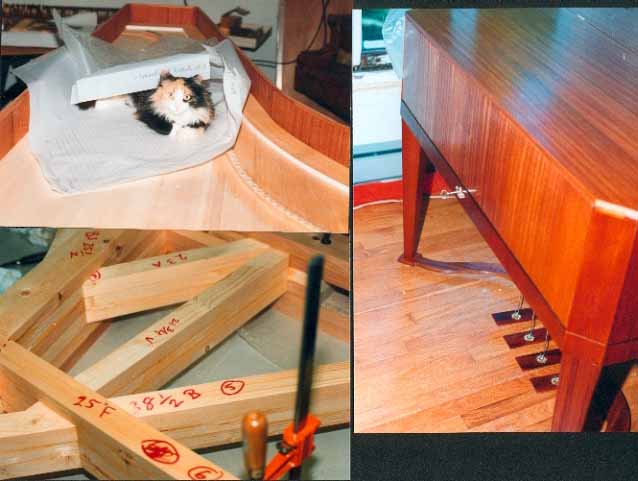